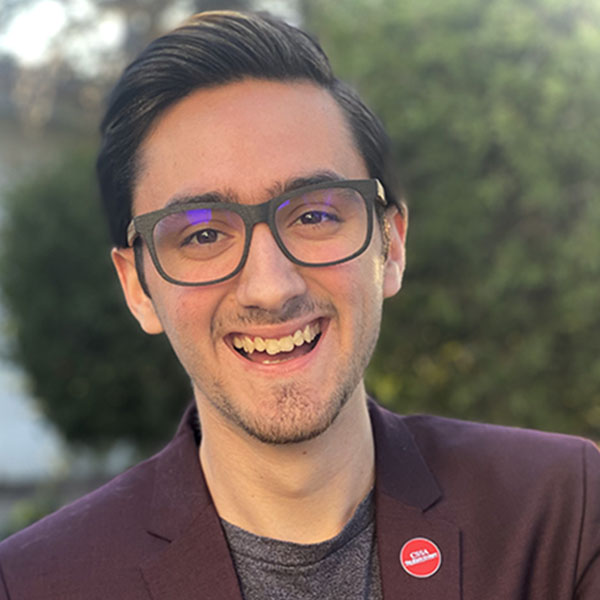 James Aguilar was appointed to the University’s Foundation Board as the first student representative in December 2020. A Political Science undergraduate student, he’s been involved with SF State’s Associated Students since early 2018, first as the Environmental Justice & Policy Coordinator, then as Director of Government & Community Relations, and is now an executive for the organization. As a result of a policy he drafted and implemented himself, he was named the first-ever student trustee at San Lorenzo Unified School District, and ultimately took his work to elected office at just eighteen years old. He was elected to the San Leandro Unified School District Board of Trustees, and subsequently the youngest elected official in the Bay Area and youngest LGBTQ+ official in the State of California. James has held internships in the Office of State Senator Nancy Skinner and former Assemblymember Rob Bonta. Currently, alongside his work in Associated Students, he works as an executive for San Leandro 2050, a nonprofit developing local solutions to combat climate change and leads marketing and legislative efforts. An aspiring teacher, he has taught in the historic SF State Experimental College, is currently a substitute teacher, and wishes to attend a graduate program for a secondary teaching credential in Social Studies and English.