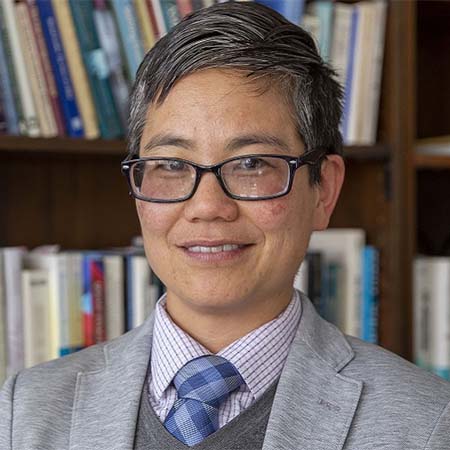 A noted scholar, Sueyoshi is the author of “Discriminating Sex: White Leisure and the Making of the American ‘Oriental’” and “Queer Compulsions: Race, Nation, and Sexuality in the Affairs of Yone Noguchi,” as well as numerous scholarly articles and essays. She earned a B.A. in History from Barnard College at Columbia University, a Ph.D. in History from the University of California at Los Angeles and is currently completing an MBA at SF State.

Sueyoshi was the first Japanese American to be Community Grand Marshal at San Francisco Pride, she also founded the APIQWTC scholarship, and is founding curator of the first queer history museum in the U.S. and initiated the online undergraduate certificate in Ethnic Studies for incarcerated youth.