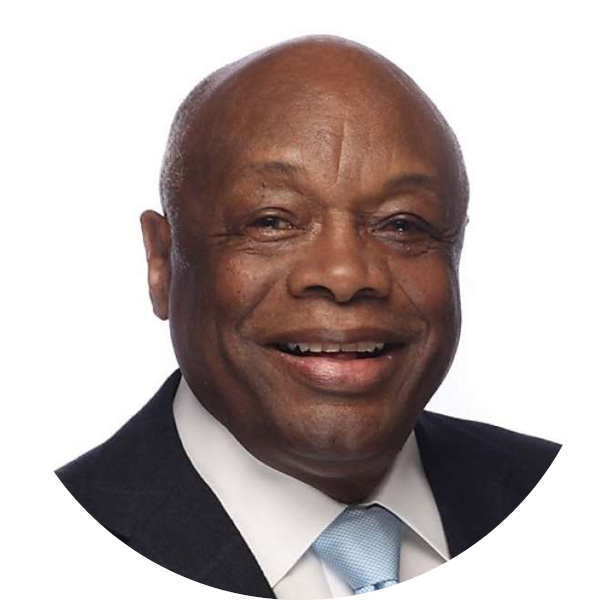 Willie Lewis Brown, Jr. served over thirty years in the California State Assembly, spending fourteen and a half years as its speaker, and later served as the 41st mayor of San Francisco, the first African American to do so. The San Francisco Chronicle called Brown “one of San Francisco’s most notable mayors” who had “celebrity beyond the city’s boundaries.” Brown was born in Mineola, Texas and attended a segregated high school. He moved to San Francisco in 1951, attending San Francisco State University and graduating in 1955 with a degree in liberal studies. Brown earned a J.D. from University of California, Hastings College of the Law in 1958. He spent several years in private practice before gaining election in his second attempt to the California Assembly in 1964. Brown became the Democrats' whip in 1969 and speaker in 1980. He was known for his ability to manage people and maintain party discipline. According to The New York Times, Brown became one of the country's most powerful state legislators. During his last years in the Assembly, Brown maintained control, despite a slim Republican majority, by gaining the vote of several Republicans. Near the end of his final term, Brown left the legislature to become mayor of San Francisco. Brown served as San Francisco mayor from January 8, 1996 until January 8, 2004. His tenure as mayor is marked by a significant increase in real estate development, public works, city beautification, and other large-scale city projects. He presided over the "dot-com" era at a time when San Francisco's economy was rapidly expanding. Brown presided over the city’s most diverse administration with more Asian Americans, women, Latinos, gays, and African Americans than his predecessors.